I was planning out the standard “Here’s my predictions for 2023” piece, commingled with the usual hat-tips to personal resolutions… and I hit a wall.

You’ve heard it all before. My predictions will mostly be wrong, or irrelevant. And the world’s in a place where the last thing you need is some extra noise (or underhanded guilt).

So I have a different message this time:

Because here’s the thing – and this took me almost 2 decades to figure out – try as you might, you’re not going to fundamentally change. Optimize? Sure. Change external situations? Up to you.

But changing your core operating software? Not gonna happen. (And generally, the things that actually can change you at your core tend to be tragic.)

That doesn’t mean you can’t change the trajectory of your life in massively positive ways.

What I’m saying is that the way to actually do that is to isolate your existing strengths, and then ultra-focus on leveraged actions to turn those strengths into superpowers.

I had no idea who he was until I stumbled across this thread on twitter (with the full backstory). Basically he’s the guy who discovered, coached, and helped develop Bill Maher, Jon Stewart, Ray Romano, and dozens of other household-name comedians & celebrities.

This was broadly his process:

It wasn’t about finding out what was “missing”. It was about figuring out where to double-down; finding their signature move, and then moving it to the center of everything.

For example, in Bill Maher’s case, his early routines were pretty standard fare, with a few half-baked political jokes thrown in for fun. But Grundfest noticed that Maher’s political observations themselves were hilarious – the crowd loved it.

At the time, Maher had taken a job hosting a late-night talk show called Nightshift. After two months, he was fired and replaced. Grundfest told him: “You got fired because tons of other comedians can do that job. You were replaceable.”

Maher took it to heart, and doubled down on politics, which led to him hosting Politically Incorrect on Comedy Central. The entire show focused entirely on his superpower: merciless, hilarious political commentary.

That is the power of isolating your existing strengths, and understanding where to focus. Finding your own ‘signature move’ can change everything.

But there’s a second part of the equation…

But what you might not know is that if not for Hitler, Churchill would be remembered as a failure – if he was remembered at all.

See, Churchill was actually approaching the sunset years of his second attempt at a political career just as WWII broke out, with a number of giant failures under his belt. He was truly one of the least likely candidates to ever become prime minister at the time, and widely considered a fringe and unserious politician.

And during Hitler’s rise in the lead up to the war, he was also the lone voice of alarm about Germany’s real ambitions – for which he faced widespread ridicule.

But as we all know now, those concerns were tragically well warranted.

Suddenly, Churchill’s former rants & raves looked pretty damn brilliant in contrast to the incumbent PM (Chamberlain), who had promoted a strategy of “appeasement” to broad approval – the idea being to let Hitler have part of Czechoslovakia so as to avert a wider war.

Just a few months following Germany’s invasion of Poland in 1939, Churchill found himself thrust into the Prime Minister’s seat, and the rest is – quite literally – history.

In many ways, Churchill was sort of the Anti-Hitler.

Both were world-class orators & speechwriters. Both were completely unconventional leaders with controversial antics, to put it lightly. Both had a very unlikely path to power.

And both would ultimately shape the 20th century in profound ways.

We all know how this story ends, with Churchill leading Britain through its darkest period, and consequently thereafter, its finest hour. And finally in May of 1945, Berlin falls, the war ends, Churchill is proclaimed a hero…

….and is then promptly discarded, losing the general election in July 1945; an outcome both shocking, yet strangely logical. The eventual consensus is that despite his popularity, the British electorate viewed Churchill as the man who could lead them through a war, but not the man to lead them into peace.

Ultimately, Churchill was a man out of place and time for most of his life, up until the pivotal moment of crisis when his signature move was what the world required. After which, his services were no longer required.

He was not meant for normality; not a man who could thrive in conventional roles. That’s why he looked like a failure on a normal stage.

And this is the critical component when it comes to actually wielding your ‘superpower’… you’ll need to understand the ideal conditions that make it possible – even inevitable – for you to flourish.

Some of us simply are not designed to thrive in conventional systems, workflows or social constructs. God knows I’m not.

So if you’re encountering resistance somewhere, or if certain things are inordinately difficult for you, before embarking on a mission of “personal transformation”, perhaps the smarter approach is to instead evaluate if your environment is even compatible with your core strengths.

If it turns out you’re a fish out of water, sometimes the solution is simply to get back in the water.

The Pursuit of Effortless

In line with Bill Grundfest’s process for helping people identify their superpowers – things that seem effortless to you, but impressive to others – there is an ancient Chinese philosophy that emerged in ca. 600 BCE that explores this concept.

In essence, the idea is to understand that being constantly busy, motivated or active simply isn’t natural, nor is it sustainable. The natural world tends to operate in seasons, and quite often in long periods of waiting or stillness, interspersed by brief moments of intensity.

And so the idea is instead of trying to force things to happen – you simply observe the world around you, and wait for opportune moments to act. (Similar to Churchill).

Modeling this same mode of being can still drive great outcomes, with a lot less mental anxiety, and often far greater effectiveness.

For myself, my approach to “practicing” Wu Wei is to actively avoid as many things as possible that don’t somehow involve or amplify my own signature move, which I believe is to be a contrarian thinker in my spheres of competence.

My job is to see things differently, and pull meaningful insights from non-obvious places.

This doesn’t mean I work any less than I would otherwise (sometimes more, actually), but just that as much as possible, I want my work to feel natural, effortless & effective.

So my goal for 2023 is to simply do more of that, and less of the things that aren’t that.

Regardless, screw the resolutions. 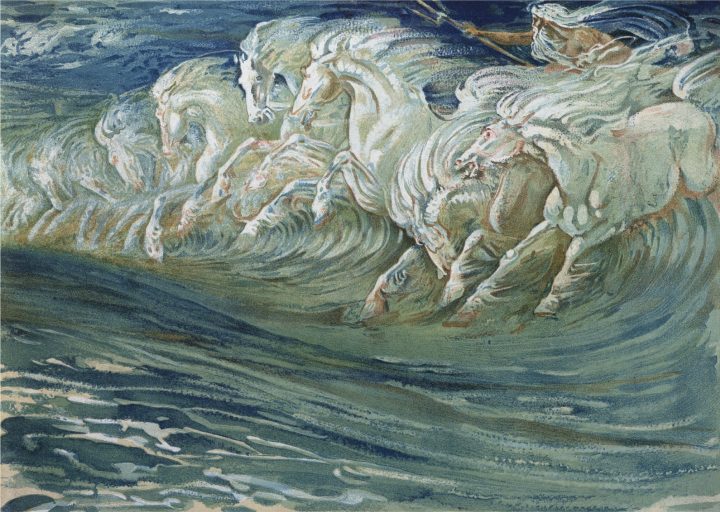