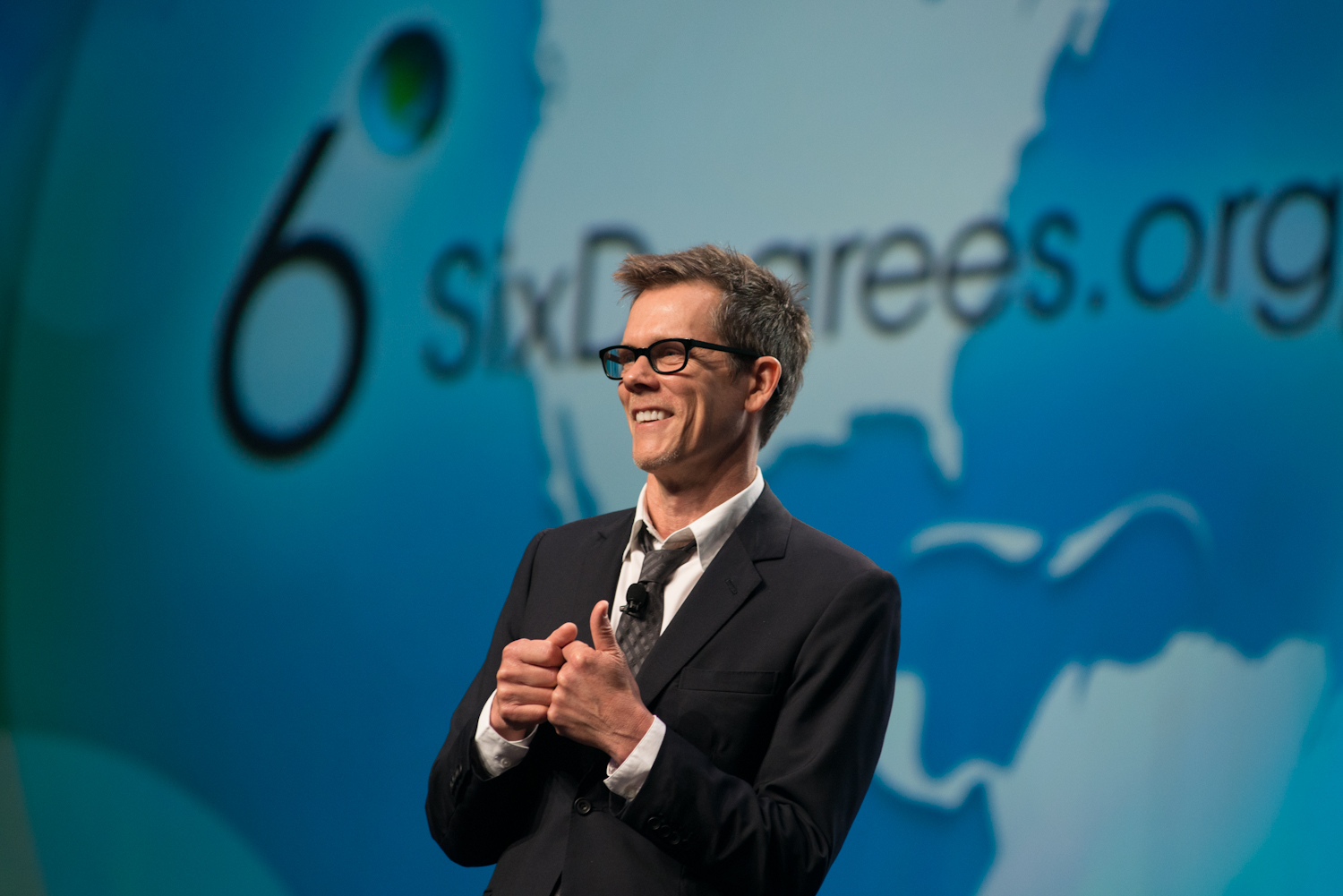 On a near daily basis, the total internet userbase is becoming increasingly easy to reach at the behavioural level.

Much like the 6 degrees of Kevin Bacon meme, all it takes is a minimal data sample (100 emails) to reach millions of similar prospects. Instantly.

And you can tap into this formerly pipe-dream technology in as little as 5 minutes, and for as little as $5 a day. All you need is a Facebook account and a credit card. Or you can just as easily utilize Google’s Customer Match and In-Market targeting features.

I’m not sure that newcomers to digital marketing truly appreciate the enormity of the possibilities “big-data targeting” creates in today’s marketing landscape, in contrast to just a few years ago.

It really does change everything.

Similarly, I’m not sure that marketing veterans truly appreciate the enormity of this paradigm shift, and its implications for the industry as a whole.

But inevitably, as the totality of the internet userbase increasingly consolidates into a single access point – there’s going to be some big winners, and lots of losers.

Winners, Losers and Billions of Users

Ladies & gentlemen, please welcome the contenders for biggest winners & losers in the Age of Audience Marketing.

In no particular order…

1) Algorithms (and their patent-holders) are going to be the biggest winners in the Audience Age, by a mile. Currently this basically boils down to Google & Facebook.

Let’s look at why Facebook can thank its targeting algorithms (almost entirely) for its meteoric rise from 2012 to current: In just 4 years, while its active userbase only marginally increased in the same time period, Facebook’s revenue went from $3.7B to a staggering $27.6B in 2016. That’s a 7X growth in revenue.

They certainly didn’t have 7X less users in 2012. So what happened? They rolled out targeting tech that enabled advertisers to target its users based on their interests, behaviours – and eventually – their similarity to a sample list of ideal customers.

Side note: This is why big data (or a big userbase) isn’t enough – just look at Snapchat’s crashing stock. It needs a catalyst to “come alive”. In this case, better algorithmic targeting capabilities.

Both options require the creators to wear an MBA hat & increase their operational capacity (and costs). In short, it will take increasingly more effort and business acumen to “make it” as a content creator.

3) Marketers & agencies whose core competency is paid traffic acquisition will lose. This won’t happen overnight, but the writing is already on the wall. Specifically, I’m talking about agencies that only provide the traffic side of the marketing funnel.

As it stands even today, really there’s only two traffic suppliers (Google & Facebook) that you really need to care about. Secondary inventory, direct buys, alternative marketplaces and various smaller publisher networks basically all represent a small remnant of what you can already get, with far less effort, using the Big 2 Sources.

And since both G & FB – particularly Facebook – are making their platforms easier & easier to properly maximize reach, I would be worried if my only skillset was media buying & PPC. The fact that any idiot can import 100 email subscribers to build out arguably the most efficient targeting map across their entire market should be an indicator that traffic “expertise” is probably not where you want to be hinging your business model.

4) Marketers & agencies who specialize in full-funnel optimization will win. This is a broad category, and for the sake of simplicity, let’s also include ad creative and campaign automation as part of the “full funnel”.

Why am I bullish on funnels in the age of one-click platforms like InstaPage & ClickFunnels? It’s simple – because the best marketing tech in the world will not overcome a weak marketing message. You still have to know what to sell, and how to sell it.

This requires fundamental marketing experience, intelligent research and intuition. (And that can’t be replaced by uploading a list of emails).

5) Brands with an authentic voice will win. Those without will lose. Targeting audiences is one thing. Building an audience is quite another…

The mobile revolution, the audience age, and the continued growth of digital marketing across every industry have coalesced to produce a number of side effects. The ones I’m most interested in are as follows:

Side Effect #1: People today vs 5 years ago, are absolutely inundated with advertising. Audience targeting (eg. retargeting) has made this even more fatiguing for consumers. This has led to the rise of ad blockers – which represent a very real threat to the ad industry (as well as your acquisition costs)

Side Effect #2: People’s attention spans are unbelievably short, in contrast to 5 years ago. Front-line messaging needs to be distilled to its most abbreviated essence – and the battle for your prospect’s split-second attention span is only heating up. (You basically need to pretend you’re marketing to a fruit fly).

Side Effect #3: Content consumption is no longer linear. People don’t even watch Game of Thrones without their goddamn iphone in-hand, ready to provide distraction when needed. Your content is no different, and is likely substantially less “captivating” than Khalisi’s voluptuous figure. Your customers typically discover your content with their phone first, and then consume it across various devices, over time. (If it’s worthy of consumption).

These 3 side effects all add up to a competitive landscape where you’re only going to be heard if you have something interesting to say.

And after you’ve successfully landed your soapbox message on receptive ears, retaining a high level of engagement with your audience takes a clever, sustained effort.

Otherwise you’ll just become noise, and join the droning chorus of desperate brands, all vying for attention with 10% coupons. In contrast, if you can actually cultivate a loyal following through a combination of being interesting, giving a shit, and unusual authenticity – then two things happen:

1) Conversion rates increase. A lot. Retargeting & email are way more effective if your first impression was epic.
2) Acquisition costs decrease. A lot. Customers will evangelize your brand, and industry media will typically cover your larger developments by default – this will significantly increase your earned traffic and blend down your average CAC’s.

So while competitor campaigns keep hitting critical mass, fatiguing their market and battling an ever-increasing CAC, your budget can probably decrease over time, with little effect.

This list is far from complete, but hopefully it gives you an idea of where the fences are going up… and how to position yourself on the side where the grass is greenest.

For the most part, living in the Age of Audience Marketing is just damn exciting.

There’s so much opportunity right now for those who really understand what they have at their fingertips. (The world, basically).

The long-elusive “traffic puzzle” has been solved, and for awhile at least, it will only get easier.

But inevitably, the screws will eventually twist – and while accessing the world’s population down to the most precise targeting layers imaginable will be a cinch – the cost of doing so will become increasingly less accessible for smaller players.

In general, make sure you’re spending most of your time & energy on the customer journey – after they discover your brand. That’s where the real money is, and that’s how you win in the Age of Audience Marketing today… and especially tomorrow.

I’ll end off with a bit of an anecdote…

I clearly remember the days when the average CPC’s with Adwords in our industry (digital marketing) were around the $1/click benchmark. This was around ten years ago.

Fast forward to 2017, and depending on the subcategory, you’re basically looking at traffic that’s anywhere from 10x – 20x more expensive. Obviously, the space itself is a lot more competitive – but this extends across virtually every other vertical as well.

But here’s the thing – we all still complained that it was “way too expensive”, and thus, the majority of people focused on SEO as a discovery channel. (Meanwhile, the smart marketers realized that Adwords were still stupendously undervalued – and they scaled their campaigns as far & wide as they could… building fortunes in the process.)

What a bunch of idiots, right?

Well… yes and no.

Obviously it was dumb for people (myself included) to whine about $1 clicks in a market where the average 30-day visitor value was $10, or otherwise some absurd multiple. But at the same time, we didn’t have a reference point.

Very few of us realized that traffic acquisition would steadily consolidate and inflate in cost. (I was not one of the very few).

As a wise man once said… 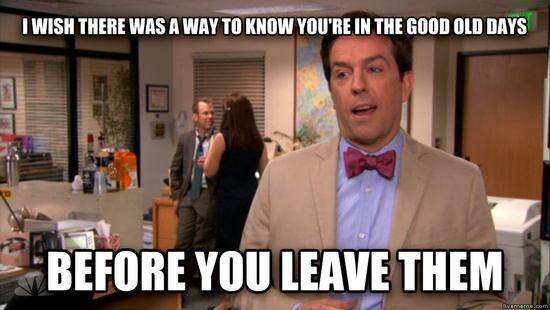 Except this time, it’s not just keywords that we can target at a fraction of the 30-day ARPU…

…it’s the entire goddamn internet. And you can laser-target them all, instantly.

The next 1-2 years are going to be very exciting… and then I predict that the belt will start to tighten, and the cost of fuel will steadily rise.

Thus, the current climate is the perfect opportunity to dial in your fundamentals – creating offers that sell, building effective funnels, deeply understanding your customer journey, optimizing for revenue, and so on – because you’re able to fuel all of this for a fraction of what it will cost a few years from now.

And when costs do inevitably rise, you’ll have years of optimization (and profits) under your belt – along with a stellar average LTV – and you won’t even feel the turbulence.

This is what happens when you pair fundamental strategy with leading-edge technology.

Now go make the most of it 😉

P.S. For those who’ve been following our early-access launch for Zag.ai, the next update on the blog (for Zag) will feature our latest app, called ‘Topical Thunder’ – which is a great example of mobilizing on a fundamental strategy.

The app lets you track the most shared web content / blogposts, the most active forum threads, and the most engaged videos from key competitors, industry news sites – and anyone else you feel like tracking. So that you can always know exactly what’s striking a nerve with your most relevant audience.

(Use this as a never-ending stream of ideas for ad creatives, product ideas, blog post topics, email headlines… etc.).

More details on Topical Thunder – and Zag in general – soon 🙂